There were 30 elk in the pasture last night.

We stood leaning on an old apple tree, watching to see how they interacted with the new mustang horse. The elk cavorted and nudged each other. An old cow kicked out repeatedly at a spike bull who tried to mount her. The horse, mere yards away, hardly seemed to notice it all. I guess I shouldn’t have been surprised; after all, he was wildlife himself not that long ago.

Let me back up. I moved here, to where the elk graze out the window and you can see all the stars, one year, eight months and eighteen days ago. (It’s easy to calculate the elapsed time because I rolled in the very long, very icy driveway on January first.) I spent the first one year, eight months, and six days without a horse. This is not the sort of place a person like me should live without a horse, I determined, after not many of those horseless days elapsing.

Months (perhaps years, if we’re being honest) of daydreaming in the style of women who love horses brought me to a small pile of desired characteristics: versatility, hardiness, small and compact build, and if possible, some sort of rescue. One breed fit. Here I am in the west, and I should own a mustang. 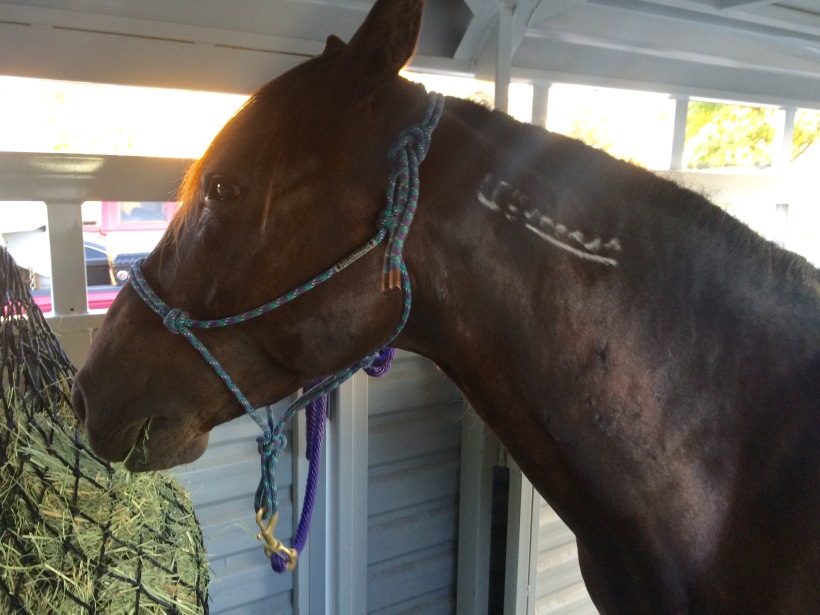 So now I do. He’s about 7, and when I think of the 6 years he spent as a wild stallion on the range somewhere outside Ely, Nevada, I marvel. No one pitched him hay or fed him supplements. There was no lean-to or shaving-lined stall to shelter in when the cold winter wind blew. His mane and tail tangled into burr-filled, hasty dreads. Other stallions bit his neck and flanks as they stood on their hind legs, no humans around to marvel at their primal form. 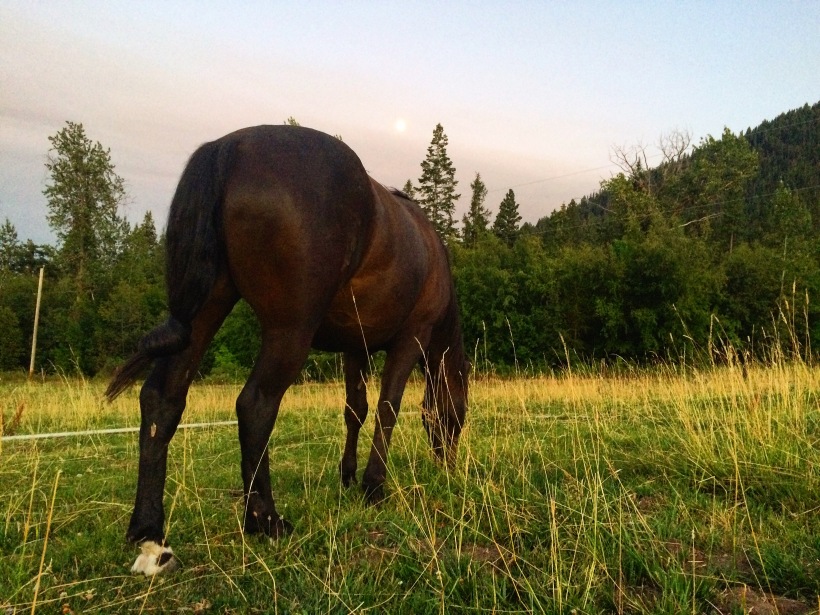