One of my first rides on the mustang took us up to thick timber and elk country. I was fairly calm. I think we trotted twice. I remember one particularly ornery blow-down that he refused to cross until much urging was administered. He was also fairly calm, and curious. This was maybe his 20th ride or so. He had been rounded up  from the wild, gelded in a holding facility in Nevada, sent to a trainer in Washington, then to a show in Idaho, and finally to a home with strangers (novice horsepeople, no less) in Oregon. This all in the span of about 9 months.

On the final stretch back from this ride, we walked through a particularly irresistible sandy patch. He paused beneath me, pawed at the dirt, and I knew what was coming but did nothing about it. I bailed off to the right and watched him roll with my saddle on, the dust of late summer coating his black fur.

It shook me. I mentioned it to his trainer and she responded, “I love when they do that! It makes me think they are really relaxed and comfortable.”

I did not love it. I was looking for a reason and an easy fix. I grew paranoid about it, and got myself into trouble a couple times being so worked up about arguing with him over when the appropriate time to lower one’s shoulder to the ground was. (Spoiler alert: it is never when there is a rider on top of you, unless somehow that rider has trained you to do so.) There were a couple bucks thrown, albeit small ones. I started to really wonder if I had made a poor decision.

When I recall that moment now, I think, you dumbass. You wanted to blame the horse! You said, there’s something wrong with this beast, it does whatever it wants! Well yeah, it did. That’s because you didn’t give it anything better to do. You didn’t urge it forward or turn its head; you didn’t direct that energy elsewhere to come to a peaceful and agreeable solution between parties. You were literally along for the ride.

This is the thing about learning something new. You don’t know how much you’re learning from your mistakes until you make them, then stop making them, then develop the wherewithal to recognize them in hindsight.

The mustang still loves to roll. If I gave him the chance, he’d roll at the end of every ride. Maybe twice, once in the water and once in the dirt. He’s a greedy roller. But I ride him almost every day now and he hasn’t tried to pull that once. I give him better options than to argue. We keep the peace and save the recreation for once the rider and saddle are off. 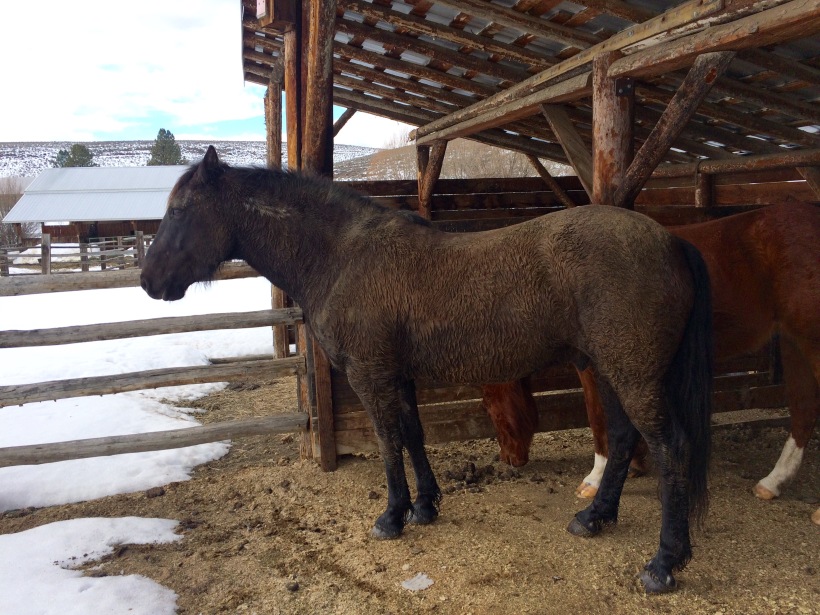