A post on Horse Nation caught my eye today. It was called “The Doldrums” and written by some woman in Virginia who had big plans for her winter after a productive January and a good attitude about the new year. The photo posted with her complaints about how “winter, frankly, sucks” shows a photo of a regal warmblood wearing a sheet in the rain. The ground is wide open, the grass even a little green. I rolled my eyes hella hard because girlfriend, you have no idea what winter is.

Winter is March 9th being 7 degrees with all of February’s snow still piled up around you, either frozen solid, filthy from where you’ve futilely tried to shovel or snow blow, or crumbling underfoot making it impossible to walk comfortably or safely anywhere. The hay is running low and grass of any sort is a farce. In the paddocks here? Piles of mucky poop, half frozen, half swampy, with little rivulets of brown poo water running through when the sun shines. We have a tractor on order; that’s how bad this winter has been.

The days it’s not snowing have been brutally cold and windy, and sure, like you Horse Nation writer girl, I have a covered arena but I promise mine is colder. I haven’t taken a single ridden step outside that stupid building in months, other than riding on our dirt road where I am constantly terrified Johnny Snowmobile is going to come flying around the corner driving too fast for the conditions and giving zero effs about who else might want to use the road. Not exactly a relaxing ride.

What could possibly go wrong

I keep going up there once or twice a week, pretending we’re making progress, forcing a smile on my face, playing music, pretending to enjoy those four walls and neglected surface. Turns out the worst way to have fun is to try to force yourself to do it. Who knew.

Pretending to do the things

So while March marches on (daylight savings time is here!) in its frigid, snowy state, I’m bottle-feeding my friend’s lambs and saying goodbye to the latest foster dog, buying a new propane refrigerator (ours has been broken since January and we are surviving on the “cold box” which will not be cold once the weather warms…the weather will warm eventually, right?), buying a tractor, trying to plan for spring projects, and immersing myself in reading and writing. It could be worse, but it’s still winter. 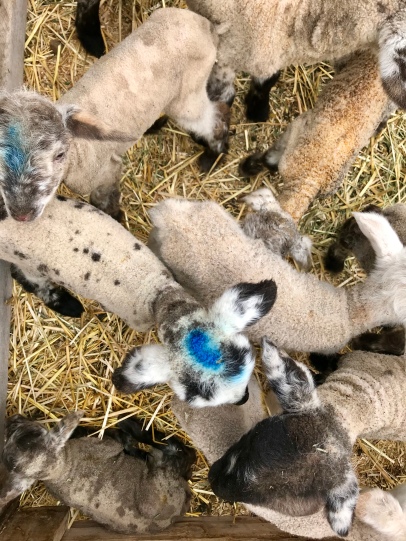